My opinion:
AS-2259/GR NVIS antenna is not used correctly. 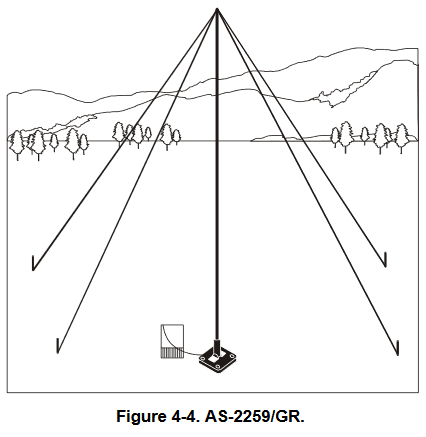 (To be clear, I consider NVIS a type of operating. Not a type of antenna.  NVIS operating means you are directing the majority of your RF energy skywards.)


Problems with the 2259:
It is resonant (AFAIK) on two frequencies aprx 7 and 10MHz. (A good choice during Vietnam)
[Image How It Was Good Ol Days] 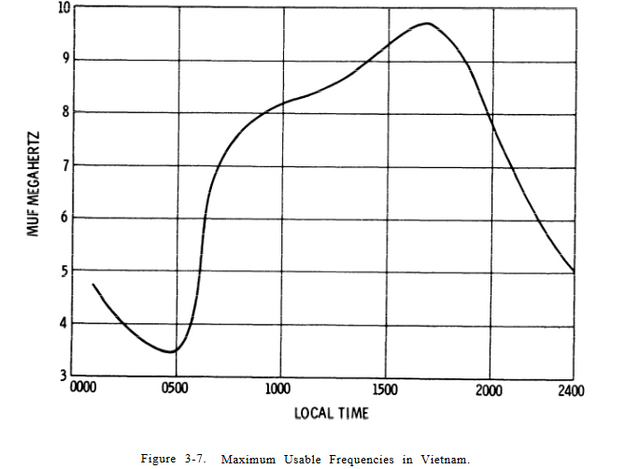 You might say “HOLD ON, I’VE READ THE MANUAL. THE ANTENNA IS GOOD 1-30MHZ!”.
Sorry, that’s a dirty dirty lie. Double check the manual.  It says that it works “with a tuner”.
Yes, your tuner will tell you (and the radio) everything is fine at 1:1 SWR. But it will also say that with a screwdriver jammed in the socket. And you know that a screwdriver won’t make the comms.
Great advertising, and it sold the antenna.


We may be going through a new prolonged sunspot minimum.  Meaning the frequencies we must use for effective NVIS are much lower than the frequencies the antenna was designed/ cut for.
I ran a simulation for frequencies that would work with a prc-160 for NVIS in Canada during July 2020.
[ManPack Canada July 2020 Simulation NVIS] 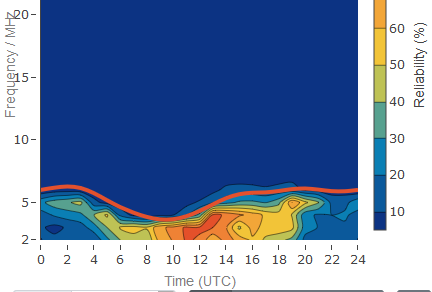 Making it work:
I hear there is an NVIS extension kit. If you can get one. USE IT. The frequencies we have to use are much lower. The antenna must be longer.

The 2259 is a fan dipole with a solid low loss coax (as the support) to the feed point. A very cool design.
It may be useful in six years but it’s not great right now.

To give it the best chance of working, you MUST have the tuner as close as possible to the base of the antenna.

If you have a long line of crappy RG-58, it will bounce back and forth to the tuner.  That length of coax will be heated. Heat is radiation that is wasted (it didn’t go in the air). No comms.

THE TUNER MUST BE AS CLOSE AS POSSIBLE TO THE FEED POINT.
The 138 has that external tuner? Place it RIGHT AT THE FEED POINT. VERY short run of coax to the antenna from the tuner.

Have that radio RIGHT CLOSE to the antenna.  Short length of coax.

Use external tuners.  PLACE THE REMOTE TUNER RIGHT NEXT TO THE ANTENNA. Run the coax to the operating location from the tuner.


Mixing antennas. If you have one antenna set up as NVIS and the other antenna nearby (Under 10km) set up as a vertical, THEY WILL NOT TALK TO EACH OTHER.
DO:
NVIS TO NVIS.
NVIS is good for links 20KM+ to 300KM


For success the officer must figure out what frequencies will work. This can be done with propagation programs (I know they are provided).

Give the operators multiple working frequencies.

A better solution is to build dipoles/ fan dipoles for the correct frequency and suspend them off the ground 7 to 15 feet. It will always be that high off the ground for the NVIS.
[FAN DIPOLE.gif)

Bonus points:
Have a CST(LCSS TECH) check the tuning (with a flipper kit).

Nobel Skywave:
Who likes setting up the fanlite?

It's a decent broadband antenna.

In Nobel Skywave there are loads of frequencies to use.  I did notice that a lot of long distance contacts were made in the 14 MHz area.

Look at this bad boy! 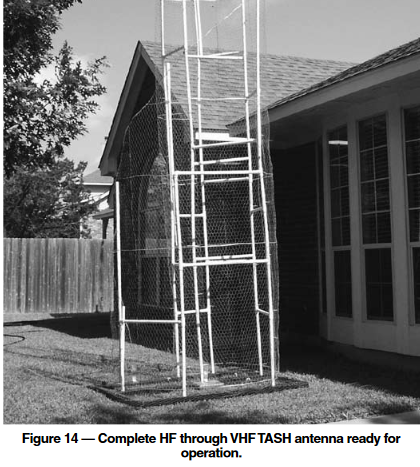 Wideband. The radiation pattern is good for those longer shots. I bet this will make a few higher frequency contacts as the others tap out!
Would probably want to run some ground radials for peak performance  ;D


Do any of you have any Nobel Skywave stories or tips/ tricks/ strategy that you'd like to share?

ALE:
Automatic Link Establishment
ALE does not eliminate the need for skilled and trained communicators.  It simply offloads the burden of frequency selection to officers.

These can NOT be given the rush treatment that other training is given today. Logical thinking process and know how must be provided.

And run a Point To Point prediction of what frequencies to use.
Don’t let frequency manager gives you frequencies that are not even close to what is required.

Select and request working frequencies BEFORE the exercise/ deployment.  The only reason to have a frequency (in the past four years, and the next four years) over 14MHz, is for LineOfSight and long distance shots.

Imagine hearing in [current year] the ABSOLUTELY CRAPPY CONCEPT of:
"YOU WILL NEVER USE THIS" or "YOU WILL LEARN THIS ON THE JOB".

Regular and sustained training of communications techniques for NCMs and Officers is required.
The Combat Net Radio is to the SigOps as is the rifle to the infantry.

I am not talking about high data rate/ blue tracking/ video/ data streams. I am talking about MINIMUM ESSENTIAL traffic.  Orders. Command and control.
We don’t need satellites to do it. The frequency space has already been allocated to us.


While HF CAN be used for intercontinental contacts, ONLY HF can be used for corps level communications without satellites and without gaps in coverage in mountainous areas. (Shy of setting up a whole bunch of RRBs all over the place).

Imagine getting traffic moving, on the move BLOS without satellite?!

In the first post I was pretty aggressive about having HF be vertical to vertical or NVIS to NVIS (the operating method, not the antenna).
From anecdotal field evidence https://youtu.be/4EadY6eDKhs?t=3979 , having a low horizontal dipole it may be possible to have those 3G HF Tactical Voice/Data Comms...

Live and learn! I'd love to try this in the field.

NobleSkywave was a huge success this year!
Thanks to the C&E Branch/ JSR for running it.
Thanks to all those who participated!

Pretty sure I heard some members of this forum on the air!

Now if you were using analog and tubed powered equipment, that would not be a problem  ;D

Thank you so much to those who participated in noble skywave 2021!
This was the best year for good conduct on the air. Lots of teams making lots of points. Proving capability. Lots of teams getting data contacts. Way to go! It was at least 180+ teams. Thank you all for the roaring success.

materialpigeonfibre said:
Thank you so much to those who participated in noble skywave 2021!
This was the best year for good conduct on the air. Lots of teams making lots of points. Proving capability. Lots of teams getting data contacts. Way to go! It was at least 180+ teams. Thank you all for the roaring success.
Click to expand...

Keep doing what you are doing!
You must log in or register to reply here.

America Has a GPS Problem

Hunting submarines from the air

The Value of Force on Force Training